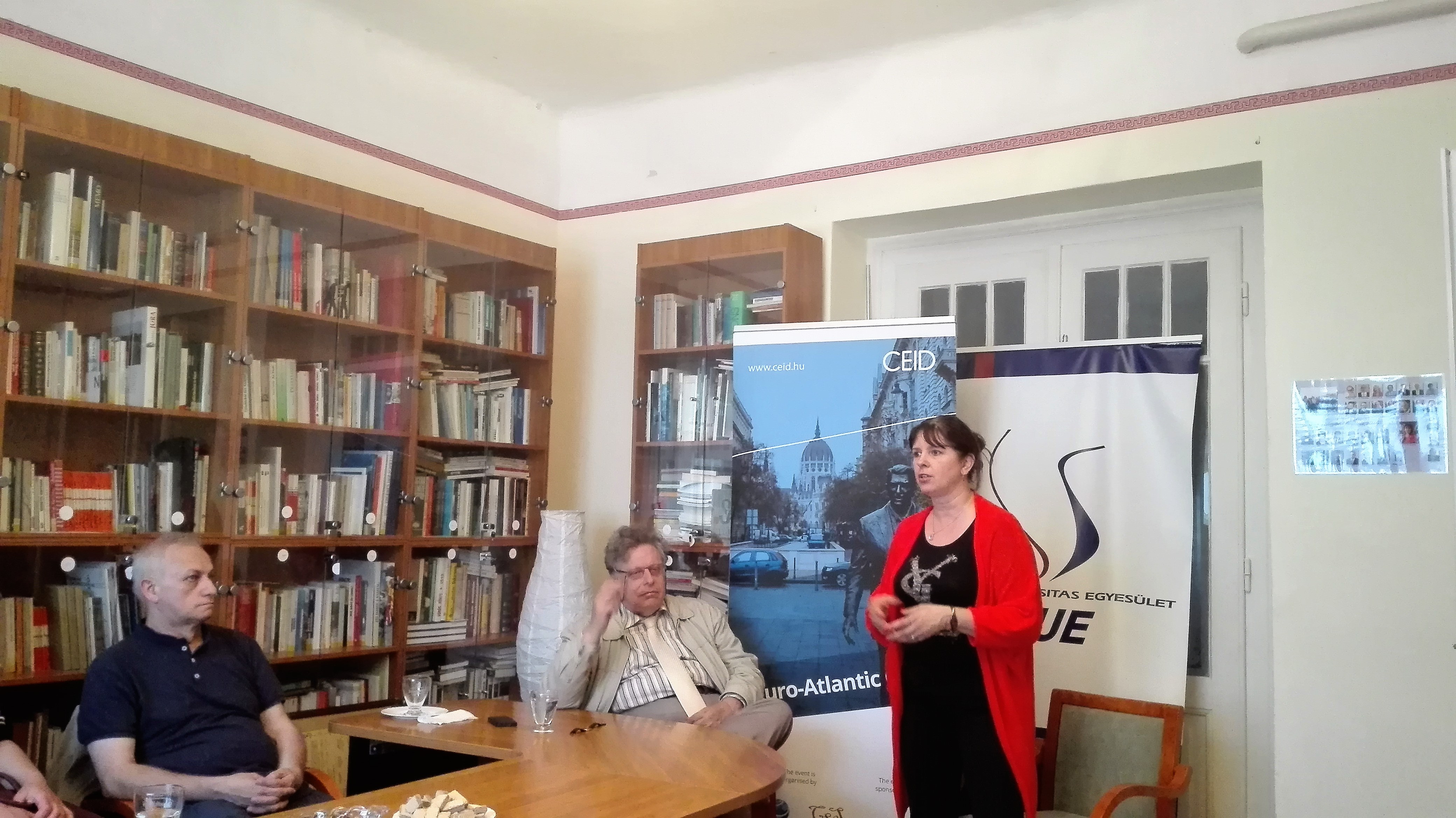 Posted at 13:11h in NEWS by Nestler Stefanie
Share

On the 25th of April we organized a discussion round in Eger with Amb. István Gyarmati.

There are two key changes, which basically determine todays propaganda and disinformation activity. After 9/11, a new era of international relations has begun, in which the influence of non-governmental actors rose significantly, sometimes competing with or even exceeding the level of influence of states. Some of these non-governmental actors are active inside the realm of world order, while others – such as terrorist groups – aim on tearing it down.

The other important change was the appearance and spreading of the internet. Globalization effects everyone’s lives more and more directly, the product and main facilitator of this is the internet. It changed the way we communicate, political communication as well. Politicians now have an easy way to directly communicate with the public, without much filtering. Consequently, their communication has lost its standard quality. Strictly speaking, if a political program cannot be described in three or four sentences, it will not be able to gain people’s attention. This is called populism, and is nowadays commonly identified with extremities, however, it is just a way of communication which is being abused and expropriated, mostly by extremist parties. Besides giving politicians an easy way to communicate, internet gives the option for the common user to choose the sources of information, which suit them the best, causing them to think that everyone has the same opinion as they have.

For Russia, propaganda and disinformation activity are basically tools to get back into the realm of world politics. Moscow uses every possible method to achieve this goal, and because economically the country has weakened, it can only rely on military force and propaganda as viable sources for gaining power. Also, it was always easier for Russia to invest in strategic industries. While the EU and the U.S. are asking for human rights, and China wants to ensure the safety of its investments, Russia gained self-confidence and became more dedicated, due to the successes it achieved recently, and the limited opposition they encountered.

The Russian disinformation activity is not denied, and its main goal in Europe is the same it was in the soviet times as well, to undermine those systems and alliances, which restrict Russian influence. They are also trying to make this influence attractive. Difference from the former soviet era is that with the internet, they are able to contact masses of people, also from higher education, and therefore they can influence a country’s politics easier. The financial support from Russia for some European parties can mean a security issue, but instead of blaming Russia, the solution could be to make Moscow less of a favorable supporter.

Other important aspect of Russian propaganda is the use of language. Russia can use English language to be able to contact people from Europe, but they are also using country specific languages to make the communication and propaganda more effective. For example, if they want to spread an information in Hungary, they do it in Hungarian. Even NATO – an organization which should be able to counter Russian influence – lacks this kind of ability. It should concentrate more on increasing the communication towards the public, however, they hardly even communicate things on the languages of member countries. Communicating on the given country’s language is crucial, and should also be the way to go when trying to interact with Russian people successfully.

Even with the use of this seemingly effective communication, Russia is still not becoming more popular. It is still less popular then the U.S., although U.S. popularity is shrinking. Reason for this, is that people are often aware of the propaganda, plus they are using Western information sources as well. The main problem is not the Russian activity itself, but that it is allowed for Moscow to act the way it does. Until Russia sees that with the use of propaganda and military force they are able to achieve more, they will continue to do so and will not look for alternatives. With regards to world politics, Russian interference can be considered as harmful, however, Russia cannot be blamed for following its interests. They should not be underestimated or looked down on, but it should be made clear, where the borderline for such activities lie. Moscow should be presented with alternatives, which everyone can consider beneficial. There are already signs for the willingness from the Russian side, as they have already prepared a plan to settle a range of issues in Ukraine. Other opportunity for cooperation could be the problematic situation in Northern Caucasus with Islamic fundamentalists. In addition, due to the state of its economy, Russia needs to change its stance and attitude.

Considering the relations between Hungary and Russia, although they are quite good, it does not really have neither economic nor political advantages. The only significant connection is the construction of the new nuclear reactor in Paks, although it is still very much debated.

With regards to the changing U.S. – Russia relations, it is hard to predict what the future will bring, however, maintaining a close and friendly partnership is not of much a reality. Due to the often opposing interests, neither a full on negative, nor a strategic cooperation is likely. Problem is, that there are not even plans for collaboration, although it would be very much needed. Connections between Russia and the West tend to work only if the West had developed strategies.