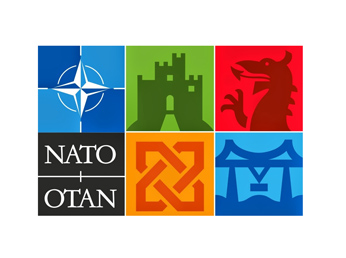 09 jan Beyond the NATO Summit: Post-Wales tasks and cooperation opportunities for the V4

The NATO Summit proved that the security architecture of Europe has never faced so many challenges since we have joined the Alliance. Although cooperation of V4 has developed substantially in the field of security and defence, the environment is changing so rapidly that further fields of cooperation should be established, while others should be reviewed. The project will be launched a few months after the Summit and it would like to support and keep the discussion on a more intensified level focusing on topics where the V4 has special interest, larger influence or where there is no united position or simply there is an insufficient level of cooperation. Based on these categories we have detected the following topics to be covered by the studies:

Future of enlargement: The V4 has a strong interest in enlargement, even though it seems to be a dividing line between the allies. Consequently we have not succeed in securing a majority support for that yet. We would analyse how we can support future enlargements, especially focusing on the Ukraine, Georgia and Montenegro.

The cooperation possibilities of the defence and security policy in the V4: The priorities on defence, development, transition of military cultures and procurements have completely changed. New fields of in-depth cooperation and working mechanisms have to be introduced, while the existing ones should be revised.

Energy security: We would like to analyse not only the current but also the future possible threats on the V4 countries.

Future relations with Russia: Concerning the controversial viewpoints of the V4 countries on the relation with Russia, we would like to evaluate the possible cooperation opportunities.

The project is based on the cooperation of four influential Visegrad think-tanks in this field, and it aims to create common positions on key questions concerning security policy of the V4. Our first planned workshop was organised in Prague on 25th in June, and the second one is planned to held in mid October in Bratislava. During the discussion the experts delegated by each partner proposed common initiatives and approached the viewpoints of different V4 countries on some main issues. A final event will introduce the main findings in Budapest in a framework of an extensive conference. We believe that this field is especially important as the crisis in Ukraine has channelled public interest into this question, while all governments are expected to increase defence budgets. Besides informing the public, our goal is to advocate that V4 governments support the intensification and broadening of the cooperation in this field.

Beyond running a research and publication process – the result of which will be introduced as the final output of the project – we would like to organize public events and numerous PR activities from the very beginning of the project so as to create a discourse among major stakeholders and to inform the public on the latest developments of NATO and the positions of each Visegrad country.

The publication will be created by Visegrad experts delegated by the participating organizations, it will be approximately 20-30 pages long printed in 200 copies, while also distributed in electronic format and presented on the project and partner websites.

Partners in the project:

The project is supported by