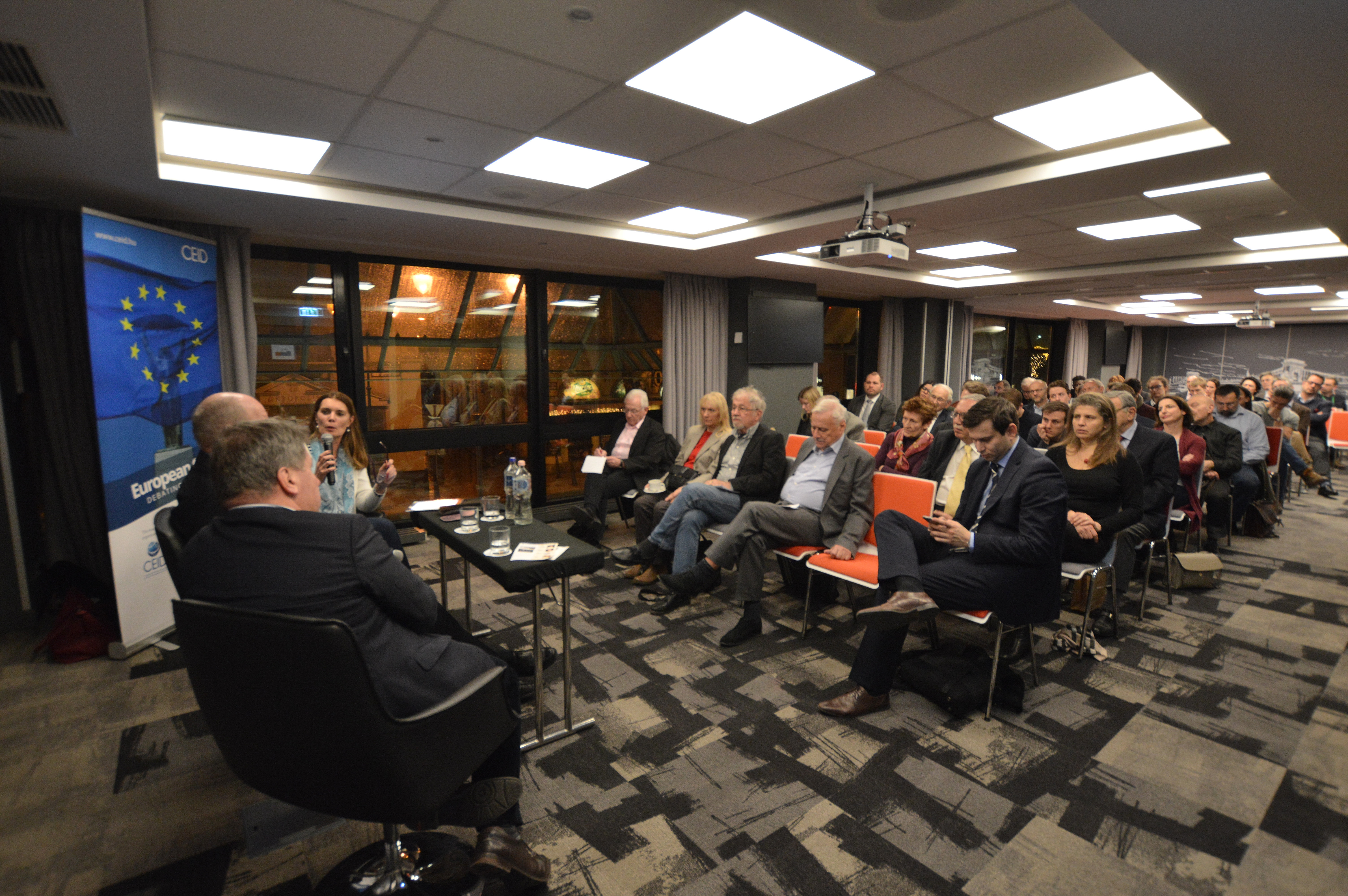 Posted at 15:47h in NEWS by Varga Dániel
Share

Ever since the 2017 general elections in Germany, an ongoing speculation has been lingering over Europe about the political destiny of Chancellor Merkel. The unexpected difficulties of forming the third Grand Coalition with the SPD and the subsequent losses in the regional elections in Bavaria and in Hessen (by both big parties) shook the foundations of the government and finally prompted Merkel to resign from her position as President of the CDU – but not yet as chancellor.

The December 7th CDU party congress and the election of the new party president – the possible successor of Merkel as Chancellor – was anticipated as a watershed in German politics: a chance to reposition the CDU more towards the centre-right and a possibility to recapture former CDU voters seduced by the radical-right AfD. With the candidacy of Friedrich Merz, the former CDU parliamentary group leader and a political outsider of the last ten years, an opportunity has crystallized for many to return to the “basics” of the CDU and to a classical political competition of left and right. Merz was known for his liberal economic policies, his close ties to Washington, and his clear views on the future of the EU. However, his closeness to big business (as Chairman of the Supervisory Board of Blackrock, the world’s largest investment management corporation) and his apparent lack of understanding on how the CDU has really altered during Merkel, worked at his disadvantage.

At the end, with a slim majority, the majority of the CDU congress members refrained from a radical change:  it was evident that Merz’s victory would have led to a very short period of “cohabitation” with Chancellor Merkel and would have opened an uncertain future for the government and the CDU. An early general election any time soon would be catastrophic for both the SPD and the CDU, and a blessing for the AfD (and the Greens). Thus, the CDU voted for the prolongation of Merkel’s time – at least so it seems at first sight. Annegret Kramp-Karrenbauer (AKK), the successful prime minister of the mini-state Saarland, who was elected general secretary of the CDU only last year, is viewed by many as a clone of Merkel, a down-to-earth and calm politician, who believes more in maintaining the unity of the party than in agitating with fiery rhetoric.  Although she disagrees with Merkel in certain – important – issues, like the handling of the migration or the abolition of the conscription, she is not perceived as a leader who would symbolize a new beginning.

There are mighty challenges ahead of AKK and the way she tackles them are by no means marginal for the future of the EU. First and foremost, as new CDU president, she has to guarantee the cohesion of a highly heterogeneous party. The unity of the CDU, after an unprecedentedly close race, and regarding the diverging positions of conservatives and centrists, pro- and anti-Merkelians inside the party, can be at risk. The single biggest challenge is whether AKK can pacify and integrate all those who now feel disappointed and alienated by the election results and tend to think about leaving the party or joining other formations. Although Angela Merkel can now sigh with relief and even continue until 2021 as Chancellor, stay active in foreign politics and especially in European issues, the government’s support will depend almost entirely on how the CDU fares in the upcoming regional elections, in Bremen (in May 2019), but even more importantly in the three East-German states, Saxony, Brandenburg und Thüringen (in the summer and autumn of 2019).

The perspective is particularly worrying in Saxony and Thüringen, where the radical-right AfD is head to head with the CDU and is clearly vying for government participation.  Will AKK be able to renew the CDU, strengthen its position in the East and hinder the migration of voters to the AfD? If she succeeds, Chancellor Merkel might have a chance to govern until the 2021 general elections – if she really wishes to do so. However, not all the cards are in the hands of Annegret Kramp-Karrenbauer:  she does not have control over the SPD, which might reconsider playing a junior part in the grand coalition facing catastrophic results in recent polls. If the Socialdemocrats decide to quit the coalition (they will vote on it next year), Germany will find itself in an  unprecedented political turmoil, even though there is still a theoretical chance to bring the Greens and the FDP on board as coalition partners.

Thinking about possible consequences for the EU, they are not very reassuring. Even though Chancellor Merkel will remain for the foreseeable future as Chancellor, whatever is on her EU-agenda, it has to be supported by the CDU and voted by the Bundestag. The consequences can be twofold: first, relieved from the political power struggle at home – which is left to AKK now – she can concentrate more on European politics, help rally pro-European forces before the 2019 European elections, position herself as the last “anti-Trump” politician in the world stage. The problem with this scenario is that Merkel’s traditional ally, French president Emmanuel Macron has been significantly weakened in the domestic stage and his survival chances are not optimal at the moment. Therefore the energy he can dedicate to implementing his grand European visions – supported only half-heartedly by Berlin anyway – are rather slim. Although the French and the German finance ministers agreed on the proposal of creating a separate budget for the Eurozone countries by 2021, it will need more than two to tango:  others member states need some more persuasion.

Therefore, the second scenario is more likely:  Chancellor Merkel will continue to muddle through in the EU. No major decisions are to be expected either on the eurozone reforms, or the post-Brexit strategy of the EU, the Russia sanctions and the international stance of the EU, let alone bridging the growing east-west divisions. A new situation may emerge after May 2019, however, the foreseeable fragmentation of the EP may aggravate effective coalition building and thus weaken the influence of the EP and result in a less political Commission in the future.  Consequently, it seems likely that the intergovernamental side of the EU will strengthen, and the main decisions are going to be taken by the Council, and the political leaders of the 27.  If AKK is viewed as a potential successor of Merkel by the CDU and Germany, she will have to learn the business of international politics, which is admittedly not her strongest point. Little is known of her vision on the future of the EU – other than the importance of cross-border cooperation for the Saarland and her geographical and cultural closeness to France. However, in questions concerning migration, she may be somewhat closer to the position of the V4 as her predecessor.  A strong leadership in Europe is not to be expected from her at this stage, but gradually she can grow into it.

It is another question whether Europe has enough time to wait.

This paper was prepared for the discussion with

Dr. Josef Janning, Head of the Berlin Office of the European Council on Foreign Relations ( ECFR)

The event and the paper was sponsored by the ERSTE Stiftung