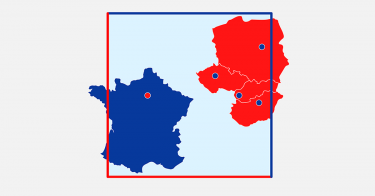 The election of Emmanuel Macron to the French presidency has created renewed expectations about the vitality of decision-making at the EU level, especially with the promise of a reinforced Franco-German engine that would assume the leadership of certain key policy areas. In this context, and given also the effects of the looming BREXIT on power dynamics and coalition-building within the EU, the V4 needs to find the ways to recalibrate its relationship with France in order to properly defend its interests. The potential of a multi-speed, or two speed Europe, on economic, social, or security issues, fundamentally changes the way the V4 functions and will be a challenge to its unity and interests. There is therefore a demonstrated need to address these challenges in a prospective manner.

The project intends to highlights policy issues on which cooperation between France and the V4 could be mutually beneficial, and build support at the civil society and most especially at the official level for these issues. It will also help to inform the agenda of the two upcoming V4 presidencies that span the duration of the project. The new political reality in France with new actors and a reinforced desire to ensure the future of European integration, coupled with the ongoing effects of the BREXIT process, makes addressing this topic not only important but also urgent. Think tanks have the ability to identify long-term trends that will serve common interests the best, and directly feed into the policy discussions of the region, thanks to focused recommendations on specific issues.

The objective of the project will be to support policy-makers in charting a course for the engagement of V4 countries with the new French government, especially concerning EU policies where common priorities can be found. These priorities are mainly the development of CSDP, the digital agenda, energy security, justice and home affairs, and social Europe. The project will also look at other issues where positions may be opposed, such as migration, in order to create a mapping of the future of relations.

The project will consist in five days of meetings spanning over the course of February 2018 to March 2019: one exploratory meeting and four workshops. Each of the four workshops, which will last a half-day, will be accompanied by a public event (tentatively held the same day) in order to make the findings of the project’s work widely available.

The deliverables are planned as follows:

Further details on the project are available here.

The project is lead by EUROPEUM Institute for European Policy. Other project partners are Polish Institute of International Affairs (PISM) and Comenius University in Bratislava.

The project is funded by the International Visegrad Fund.