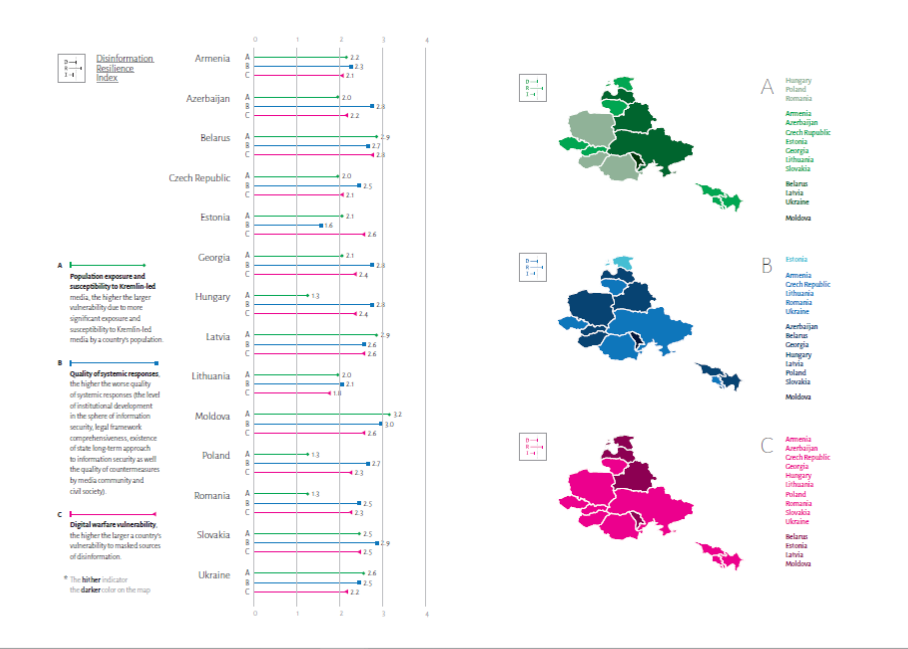 This book is a result of the research which was carried out in May 2017 – May 2018 by the Foreign Policy Council “Ukrainian Prism” and the Eurasian States in Transition research center (EAST Center) in cooperation with other CEE research centers (including CEID) in the framework of the project “Assessing Vulnerability and Resilience to Russian Disinformation Warfare: Practical Overview and Qualitative Evaluation of Critical Infrastructure”.

Consequently, scholars argue that Kremlin disinformation is effective thanks to a variety of methods, which all can be classified within three categories, namely, exploiting differences in media systems (strategic asymmetry), targeting of disenfranchised or vulnerable audiences (tactical flexibility), and having the ability to mask the sources
of disinformation (plausible deniability). The country chapters’ and DRI indicators’ design partly reflects these considerations. The exploratory research design is based on desk research, in-depth expert interviews, and online expert surveys.

A few of the key findings and most important outcomes of the analysis are:

You can get access to the whole paper here.