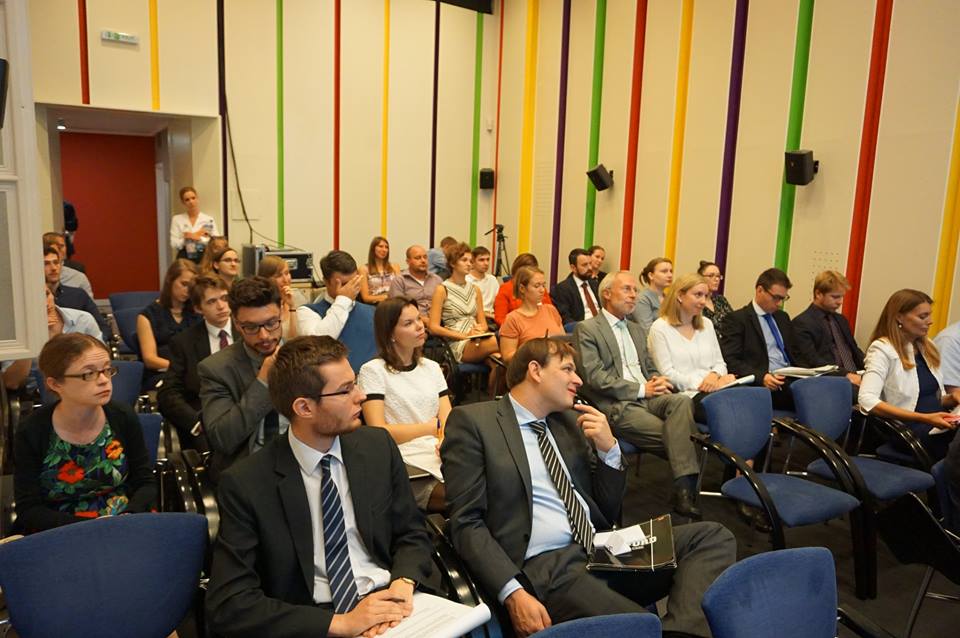 Posted at 13:40h in HIREK by KissA
Share
CEID organised a conference with four panel discussions on Polish-Hungarian relations in partnership with the Polish Institute of International Affairs (PISM) supported by the Embassy of the Republic of Poland in Hungary and the Polish Institute in Budapest. The conference focused on various issues that have emerged since the previous conference in 2015 September. Amongst the discussed issues emerged the relationship with Russia, the future cooperation possibilities for the two nations in the framework of  V4 or the evaluation of tasks after the Warsaw Summit.

Achievements of Wales and Warsaw

Both Summits were milestones regarding NATO’s future. While the Wales Summit was mainly about taking important decisions on how to change the security architecture, Warsaw –  which, to some extent can even be considered more important – was focusing on the implementation of the those changes. Both events helped NATO-members achieve progress considering the so-called balance issue, caused by the differences in security perceptions of different countries. While some states, like Hungary, began to focus on security challenges coming from the south (especially migration), for others, such as Poland and the Baltic states, security risks refer to a potential aggression coming from the eastern flank (Russia). Russia in the meanwhile, by trying to prove how quickly it could overcome NATO capabilities, and working to prevent unified NATO response by dividing the member states, remains a highly destabilizing actor in the region.

NATO has managed to solve the balance issue, by demonstrating cohesion and making joint declarations with the European Union, for example on NATO assisting the EU NAVFOR MED and working closer with Greece and Turkey in order to help FRONTEX. Considering the realistic expectations and real goals of the summits, to adapt to the new security environment, it can be said that NATO did well as a whole. However, it is still important, that after the summits in Wales and Warsaw, the Brussels summit should carry on the process.

V4 as an engine of a defense cooperation?

From a military point of view, it is hardly possible that the V4 members become an engine of the defense cooperation. Even regarding it from a political perspective, there are some crucial aspects and questions, which could determine the issue. First of all, there are obvious differences between V4 countries in the extent to which they feel secure from a potential eastern threat: the two extreme cases here are Poland and Hungary. Thus, there will be fundamental differences to what degree V4 countries even want to talk about the eastern flank. Last but not least, the V4 acting as a motor for defense cooperation could only be possible if one leader would stand out, show the way forward, and the others would be ready to follow. Even if this case, it is hardly probable that such defense cooperation would crystalize around the V4, it would rather be created focusing on the more capable western countries.

The European Army project has been recently voiced by a number of high level officials, however, there are many details which need to be clarified. Europe is created from strong nations, but in some competences it is worth to take common European structures into consideration. With common structure, some issues could be handled better.

Considering the military capabilities – take Libya as an example – it has become clear that Europe will not be able to handle independent military operations without NATO structures in the near future. With losing the strategic autonomy and relying heavily on NATO assets, it is becoming  increasingly important for European countries to fulfill their commitments towards NATO. By the United Kingdom leaving the European Union, the EU will be weakened from a purely military point of view as well. Furthermore, the EU is also losing its credibility to be able to guarantee the security of Finland or the Baltic states. Other aspects around the topic, such as a declining interest by the United States towards Europe, new security challenges, increased Russian capabilities also pose further problematic questions for European countries.

The answers for the lack of defense capabilities for Europe usually start with the lack of resources. The cap on resources are strong limitations, meaning that no country will have either the resources, or the will to be ready for both NATO and a European Army. Besides resources, leadership, trust and solidarity among states are also missing elements. Even if the European Army was ever established, it will definitely not happen in the near future. The problems of the 3D – decoupling, discrimination and duplication – would also pose further challenges. Nonetheless, a shift in the approach towards a common army is definitely seen. The Warsaw Summit, which argued that the V4 countries should work more closely together, and the degradation of the security environment both are triggers for the modernization of the security sector, which can result in positive changes.