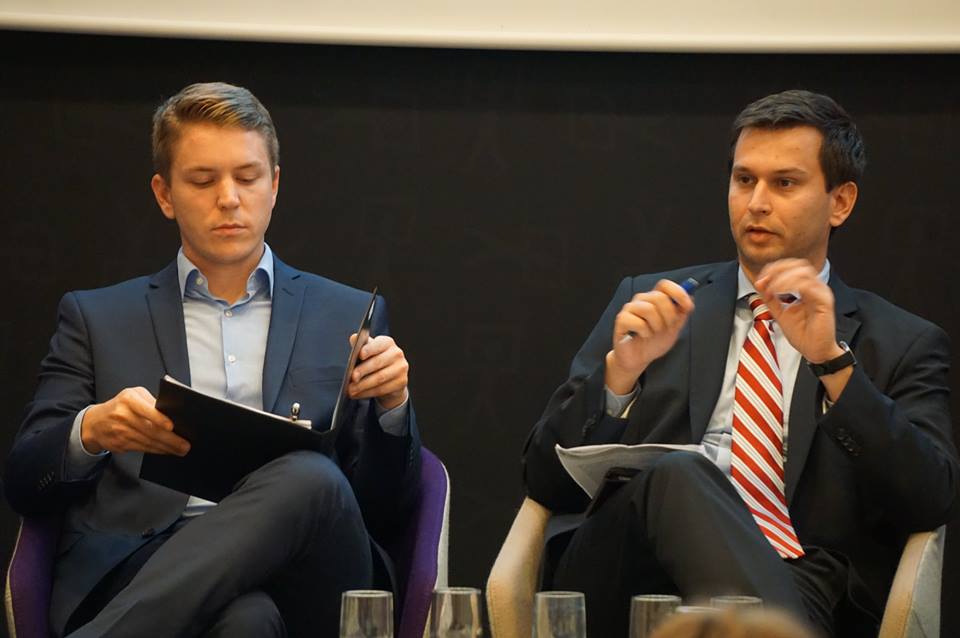 Posted at 10:02h in NEWS, NEWS LEFT by admin
Share

The present form of the V4 cooperation looks rock solid. However, during a bilateral meeting in Poland the existential question emerged whether there is a real a common vision concerning the future of V4, shared by all its members. Furthermore, what should be on the agenda until the Hungarian presidency and what are priorities the Polish presidency should concentrate on?

It‘s time for a new Visegrad?

The current situation in the Central and Eastern European region can remind us of circumstances in 1990s. A definite, strong Polish-Hungarian core has been formed again, the bilateral relations are dynamic and smooth, due to common approaches to certain issues. Nowadays, the factual core of V4 cooperation is nearly the same as it had been in the 1990s. The main challenges are similar. First, the V4 should adapt to a new international order, to prepare for new challenges and for a different period in history. Second, due to the similar domestic policies in Poland and Hungary a strong bilateral core is emerging. A special period has begun in the V4’s history: the main task is to find a common voice again and to reinvent a general idea of cooperation, most likely with a radical shift like back in the 1990s.

The real existential question for V4 is to come up with a new general idea, but it is doubtful whether there is a real political will behind it. The result will emerge in the Bratislava Summit.

V4 as an intra-EU block

The essence of the cooperation lies in the joint presence and the mutual support at forums of the European Union. Therefore, the recent crises showed that a change is needed: either a renewal or a complete restructuring. The situation in Ukraine or the Brexit provided new challenges and tasks for the region, it facilitated the process of the V4 becoming a more and more an intra-EU block. For instance, Brexit poses a serious threat for the region, and considering the entire EU, there is no interest in any of the members to live in a fractured system. Poland and Hungary share a common viewpoint on this issue and continuously try to emphasise their interest.

Central Eastern Europe is facing a historical chance to contribute to the shaping of the post Brexit Europe. Steps should be made in four fields, namely implementing the EU policies, reforming or reshaping EU institutions, facilitating the external relations – mainly focusing on the stability of Balkan region –  and finally maintaining the successful EU policies like the cohesion policy. From the above mentioned areas the last two are crucial, even if those need enormous investments and effort to be implemented and enhanced. Keeping the cohesion policy is the toughest challenge, even though, an objective Polish report shows its positive effects on the entire European Union, e.g Western companies. Nevertheless, Western countries often use it as a political weapon.

Priorities of the Polish Presidency

The main element of the Polish presidency is strengthening the above mentioned cohesion policy in EU. A positive agenda is still prevailing, but some challenging points created disruptions. Each country has a different focus, for example there won’t be accordance on agricultural policy. For Poland, the Balkans and migration mean less stress, while Ukraine poses more challenge.

The success of presidency and V4 shall be the achievement of becoming a brand again, which mainly relies on the common agenda on migration issues.
Two levels of cooperation can be detected. The technical one: operating in energy dependence and infrastructure questions. And a political one, that strongly depends on the personal programs of ruling parties. At the same time the latter one is highly unstable.

Visions for the Hungarian Presidency

Plans for the Hungarian presidency are not yet complete but the main lines have been formed. First, one of the main goals is securing the role of the V4 alliance inside the EU. This is mainly connected to security and stability, covering a broader and wider defence cooperation. Competitiveness and connectivity within the region are also crucial, relating to economic strength, infrastructure, energy and transportation. R&D and the Digital Agenda are also vital in this respect. Another point is creating a “Regional Visegrad” and strengthening internal cohesion. Its counterpart is the “Global Visegrad”, whose framework will deal with the global visibility of the alliance, branding, promotion, diplomacy and tourism issues. The latter looks less crucial compared to the others, but it can become useful especially recently, when V4 reappeared as a brand again.

All in all, even though there are some controversial issues in the alliance – the double-speaking on a vision of “eurosceptic V4” or possible priorities of external actions – it seems like the migration crisis created a strong cooperation.  But even beyond it, a more definite voice should be maintained and turn the V4 into a united, stronger and significant intra-EU actor.