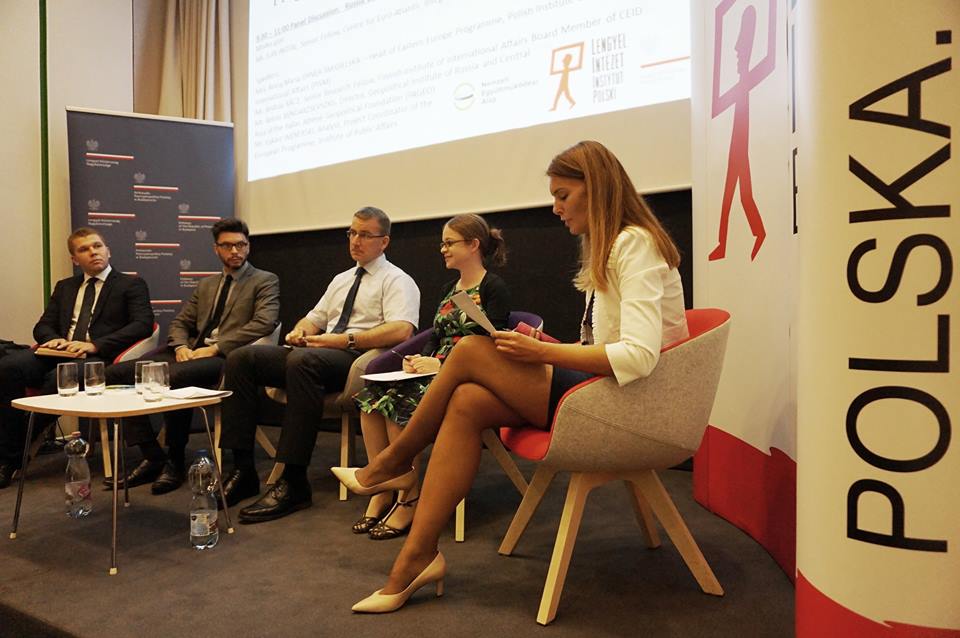 From the Polish perspective, the relationship with Russia is one of the problematic issues. The Russian aggression in Ukraine affected the relations not only between the two countries, but among the European Union as a whole and Russia. After the annexation of Crimea, Russia and President Putin have become isolated, which was clearly visible in the 2014 G20 summit in Brisbane. The EU gave up on using soft power towards Russia, and Putin tried to turn to the potential Eastern, Asian partners, most importantly towards China.

Currently, 2-2.5 years later, there seems to be a slight change in the negative attitude of the international community, including a number of European countries as well. With Russia getting involved in the war in Syria, and with the growing fear due to the recent terrorist attacks in a number of European countries, the West started to look at Russia as a partner against terrorism.

Pressure seems to be growing inside the European Union itself, where the strong critical positions of Poland and the Baltic states are already in minority. In addition, a kind of fatigue of the Ukrainian events became visible, with the inability by both sides to achieve any kind of transition. Nevertheless, from a Central-European perspective, it is highly important to keep the Russian and Crimean issues on the agenda, and to remind Europe that the situation has not changed.

The attitude towards Russia has not turned around everywhere in Europe.  The differences between the approaches are becoming more visible even among V4 countries, and especially in the case of Poland and Hungary. These differences mainly stem from numerous cognitive and objective elements. With regards to historical background, it is clear, why the population sees Russia differently in Poland than in Hungary. Poland also has closer ties with Ukraine due to the high mobility of workers across their borders. Objective factors, like Hungary’s energy dependency in terms of Russian oil, gas and nuclear energy, the presence of Russian investments and business in Hungary, and the influence of Russia over the Hungarian elite can also provide an answer to the differences between the two countries’ attitudes towards Russia.

There is a debate going on in Europe about the continuation of sanctions. The panel found that, regardless that no change has been made achieved in the Russian position – military activities are still going on in the Donbass region – the sanctions should not be suspended. The panel members agreed, that the embargo was working, and even if Russia seemed to be able to survive for the time being, their effects on the Russian financial market and military infrastructure were clearly visible and would most likely result in a slow, step-by-step degradation in the country, with lower funding for the regions, lower salaries, and the delaying of military projects. Russia already started to privatize strategic assets in order to gain financial resources, more loans – mainly from China – and getting the country into indebtedness is still a way forward. The possibility of a collapse scenario in Russia is therefore rather unrealistic at the moment, and the evolution of a more European-focused and democratic Russia is also unlikely in the near future.

The fazit of the discussion was that, although the different strategies towards Russia do have an influence on the relationship among the V4 countries, they are definitely not determining it, and the cooperation should go successfully forward with concentration on common aspects.