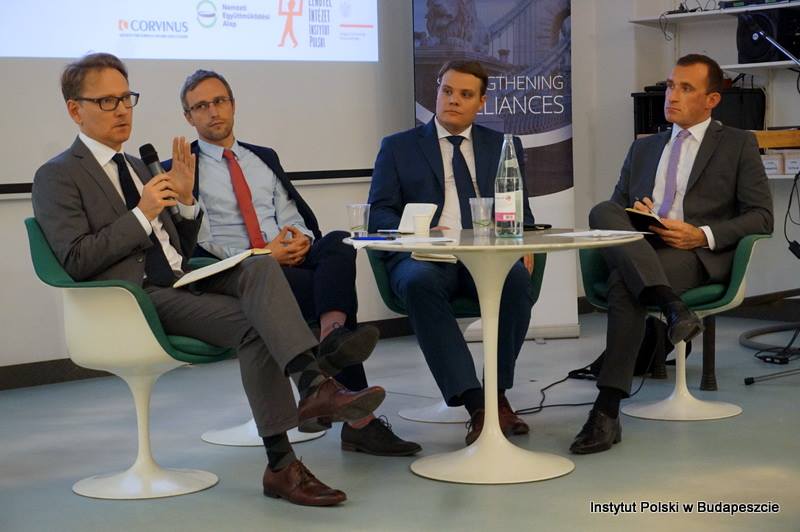 On September 26th, the Center for Euro-Atlantic Integration and Democracy Center (CEID) and the Polish Institute of International Affairs (PISM) held the third Dwa Bratanki Forum. The conference focused on various issues that have recently emerged. Among the discussed issues were the Polish and Hungarian divisions on Ukraine, the future cooperation for the integration of Western Balkans and the future of Europe after Brexit and the 2017 German elections. Europe faces a number of difficult challenges, but these issues provide an opportunity for closer cooperation between countries such as Hungary and Poland to ensure stability and mutual prosperity.

While there is progress in connecting Central Europe with adequate infrastructure, challenges remain to ensure complete road, rail and energy connectivity. The completion of the North-South corridor should be prioritized to ensure further economic growth and allow for easier transport between Central and Southern European countries. This corridor is also crucial for energy diversification by allowing landlocked countries such as Hungary to have access to LNG ports. However, Central European countries need to invest heavily in forming an effective pipeline system running from sea ports to landlocked countries. Furthermore, ineffective roadways remain one of the most important issues facing Central European connectivity.

Russian aggression in Eastern Europe poses many issues for EU and NATO enlargement proposals. Enlargement and cooperation policies with the Western Balkans are more crucial than ever because of the high level of Russian interference across Europe. Meanwhile, the V4 countries must be united when dealing with Eastern Partnership and Russian interference in Ukraine.

Poland and Hungary remain divided on several key issues including the controversial Ukrainian Education Law. This division is treating the unified approach to preventing Russian aggression and stopping further violence in conflict areas such as Eastern Ukraine. The recent Ukrainian Education Law would push for Ukrainian to be the primary language in classrooms and threatens the social identity of minorities living in Ukraine. After President Petro Poroshenko signed the bill in law, the Hungarian government took a hardline, unilateral approach denouncing the Ukrainian government and threatening to block any attempt for Ukraine to join the EU. This escalation is deeply concerned.

Brexit and the rise of the German far-right during the recent elections created a difficult situation for the future of the EU and the Eurozone. Both France and Germany supported recent proposals for furthering the centralization of the EU and the Eurozone. One proposal would create a centralized finance minister responsible for coordination EU and local level priorities to boost economic growth. This incentive shows how severe the EU financial issues are and how they were exasperated by Brexit. However, at this time, it remains inconceivable that countries such as Poland or Hungary will leave the EU. It is crucial for Europe to build a stronger economy and move away from low-wage focused economic priorities.One proposal would be to fund further cooperation between the EU and the regional countries to incentivize technological innovation.

All in all, there are still a number of controversial issues that threaten the fabric of Europe and currently divide Poland and Hungary. However, by prioritizing further dialogue and cooperation to strengthen the Polish-Hungarian strategic partnership, Central Europe and the surrounding regions can maintain stability and economic success.