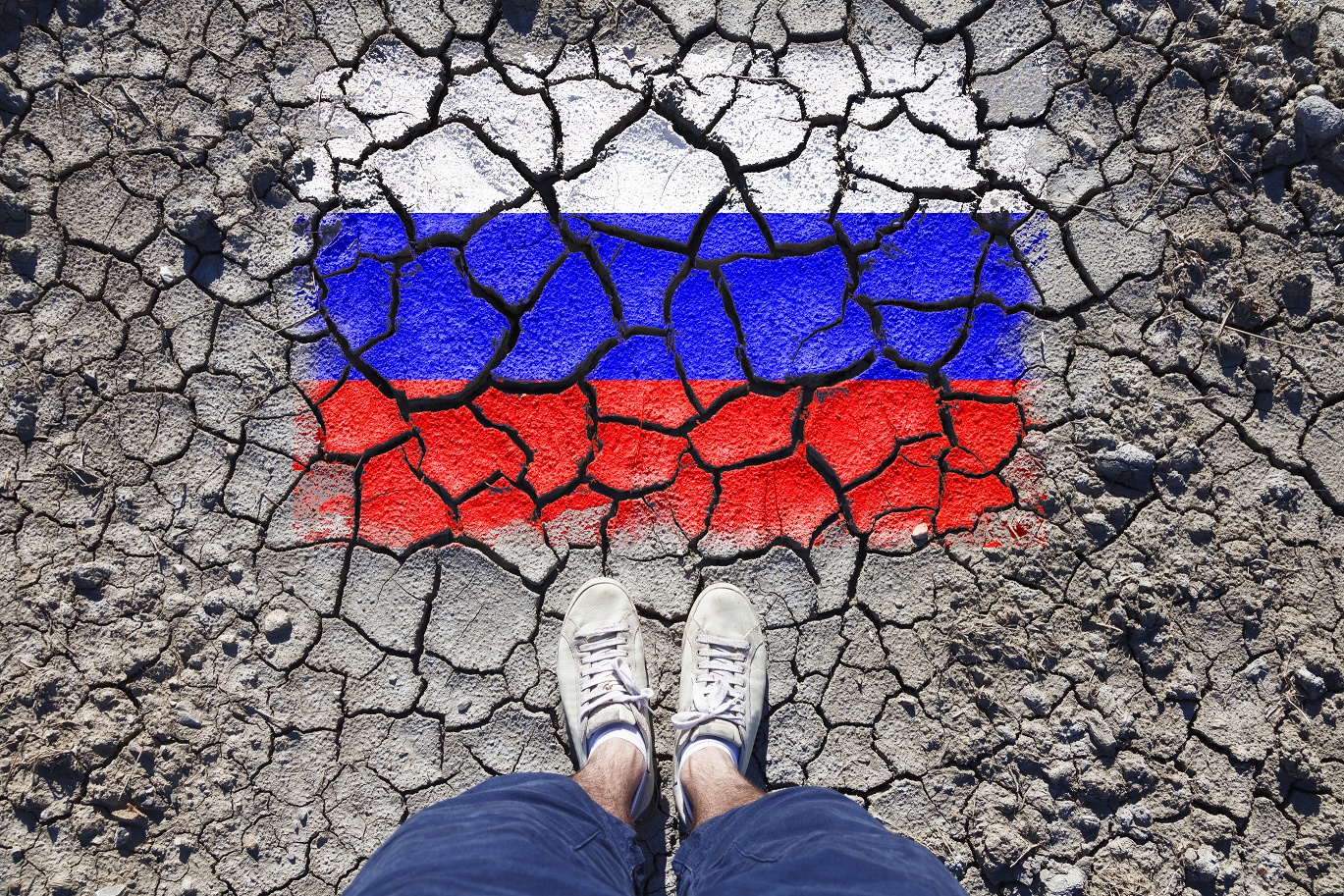 Posted at 14:00h in NEWS by Nestler Stefanie
Share

Searching for a new Equilibrium in EU-Russia Economic Relations

What does normality mean in the EU-Russia economic relations? In the last ten years we have witnessed both boom and dust in bilateral ties. Before the financial crisis Russia, as the European member of the BRIC-group, became the favourite destination for EU investors and exporters. With its broad selection of cheap inputs and 140 million people consumer market, with higher per capita GDP, than in some new EU member states, the Eastern neighbour offered lucrative business perspectives. No matter of these successes, by 2014 EU-Russian relations hit their all-time low, the sides introducing sizeable sanctions on each other in the wake of the Ukrainian conflict. Despite all the efforts in the past, resets, strategic patience, normalizations and partnerships, the complexity of relations between Europe’s two major powers seem to be more confusing than ever. Thus, even if we could find a new definition for a post-Minsk agreement era, it will certainly differ from any of its predecessors.

This paper argues, that relations have changed in some fundamental respects. Many of the axioms, that served as a basis for the EU-Russia partnership in the past, are not valid any more. Thus EU-Russia economic relations have to be rethought from its fundaments, adapting our logic to the new realities. In this short brief I offer four „not any mores” for food for thought.

For more than 20 years the European business and political community perceived Russia’s proximity and inclusiveness in the regional processes as a major advantage. Russia’s Europeness, despite all of its contradictions was taken as a guarantee of a basic code of conduct even at the corporate level. Even if conflicts and human rights considerations, like during the Chechen-wars, caused temporary stop-and-goes in the relations, these did not turn into a strategic, long-term matter. Thus Russia was taken as one of the problem children of the European family, a cooperative partner despite all of its excesses. These assumptions have to be questioned in the light of the current situation. European exporters and investors bear the consequences of conflicting geopolitical interests and values, are suffering the disadvantages of the Russia’s political closeness.

Notwithstanding, the current disengagement does not fully contradict the long-term EU-Russian economic trajectory. In several respects the Russian economy has changed more in the last 20 years, than the one of the European Union. Europe has lost its privileged status as Russia’s sole trading partner. In 2016 imports from the APEC region (40% of total imports) first surpassed those from the EU (38.3%). Current investments into oil and gas infrastructure hint on a fast catching up of Asia to Europe on the export side as well. Completing these projects, the Far East will account for 30-35% of total Russian hydrocarbon exports, raising the region into a strong competitive position with the old continent in just a little more than a decade. Europe will remain vital for the Russian economy but, at the same time, when taking future business decisions, Moscow will consider the emerging Far Eastern, primarily Chinese factor. Stagnating, or even declining European demand will be measured in the light of dynamically increasing inflow of revenue from Asia. It was high time to reconsider EU-Russia economic relations in order to design an applicable future pattern for bilateral trade and investments.

Practically, multi- and trilateralism has been already the practice in Eastern relations since 2014. While the EU-Russia bilateral relations are frozen, the Commission actively consults about the implementation of the three DCFTAs and on the related Russian pretensions on a multilateral basis. Obviously, the integration agenda has been informally adjusted, considering, even if not always adhering to the potential demands of a third party. This is a new experience for the EU, an inseparable part of its complex, Eastern/Russia dossier. The EU has to face simultaneously the structural incompatibilities between its own and the Eastern neighbours’ economies and the Russian sensitivities, readiness to defend its perceived sphere of interests even with non-economic means.

The economic liberalization agenda is still valid, even if it suffered major damage. The Russian WTO-accession is a strong benchmark for custom reduction and competitive adjustments. At the same time both market, policy and primarily security drivers point to an emerging self-sufficiency agenda. The sanctions repoliticized large chunks of the domestic economy. Deleveraging from Western financial markets was a necessity, and it is highly unlikely, that the Kremlin will let the Euro and US dollars nominated debt to substantially grow again. Ban on technological imports, especially in the oil and gas drilling forced to reanimate old Soviet tactics of industrial spying, changing the production plans or turning to alternative suppliers. Capital and technological constraints opened up the way for Chinese companies in investments like Yamal LNG. Counter-sanctions in the agriculture were hailed by domestic suppliers, long striving for more protectionism in these sectors. Thus even if the general trend remains slow liberalization, the process will be more selective, politicized, with larger setbacks from time to time.

Thus the EU-Russian relations have lost most of their former attributes. It can be hardly characterized by the term partnership any more. The last EU-Russia Summit was held more than three years ago, Moscow was ousted from G8, there is no reasonable dialogue on the senior level. Europeans do not nurture any ambitions regarding their transformative mission any more. Even if the desire to establish a liberal market economy on the East remains, this cannot be translated into a political programme in the foreseeable future. At the same time, the West also seems to be reluctant to confrontation. Even if Russia has been emerging as a potential security and political threat, perhaps as a competing centre of gravity, it is far from taken as a serious challenge. Given the current confusion over US-Russia ties in Washington DC, not too much change can be expected in this regard. Consequently, the challenge is to reassemble the diverse Russia-portfolio, combine its political, economic, energy and security dossiers and raise sufficient support for the end-product among the European decision makers.

Despite all the above mentioned factors, the reconstruction of the bilateral relations does not seem to be mission impossible. There are still many positive aspects of the relations, offering a broad potential agenda for future negotiations. From this broad selection of aspects economic relations might recover the fastest. Despite all the political noise around the sanctions, they are far from handicapping mutual trade and investments in the longer run. Economic dynamics are not coupled deterministically with the political factors. Russian economy also showed increased resilience during the crisis of 2014-16. Given the sanctions, the oil price drop and the structural problems, the 4.6% recession in GDP in 2015 is rather humble. Given the long list of past crises in post-Soviet Russia, this was one of the smallest depression. Russia has already been showing signs of a moderate consolidation and the return to a trajectory of slow growth. Even if this is not a comeback to the pre-crisis era, trade and foreign investments may have bottomed in 2016.

Political risks will not disappear from the considerations of the business elite easily any more. Enthusiasm about the Crimea’s annexation was partly understandable in the Russian public. This was the most painful loss on the patriotic agenda, thus the effects of reunification cannot be repeated. This, and the accompanying propaganda campaign brought a devastating effect on public perception of EU and European countries. According to Pew Research Center, the favourable views on Germany and the EU had fallen from 78 and 64 to 35 and 31 percentages respectively, between 2011 and 2015. Much of the blame for the economic hardships was put on the West, while Putin’s credibility as a leader of the nation boosted. At first sight, the disengagement seems to be irreversible and dramatic.

Nonetheless, the longer term feasibility of the current intensity of the nationalistic campaign and the serious ignorance of welfare legitimization of Putin’s power is under question. The long-term time series of public opinion polls still show the sober attitude of average citizens: an increasing share of Russians recognizes the Ukrainian nation as a sovereign entity, refuses war as a tolerable mean of international relations and desires well-being, social and job security. Putin has to balance between these expectations, he cannot push a single agenda too far. On the contrary: past economic successes made him possible to appeal for Great Power rhetoric so exclusively. It is still a major unknown, whether economic deteoriation, social degradation or even stagnation, „zastoy” could be offset by nationalism in the longer run. By 2012 it was obvious, that the Russian economy was facing structural slowdown and the former pace of economic growth would be not sustainable without reforms. The Putin-boom reached its limits. In the medium run this may drive the Russian elites to a „muddling through” strategy, taking less risks and trying to consolidate their hinterland.

Putin’s new, nationalistic drive brought other, sometimes even bigger sacrifices, than the one in the EU-Russian relations. The Eurasian project has been fundamentally weakened. As far as its economic fundaments are concerned, preserves its non-consolidated character for the foreseeable future. The CIS’s share in its members’ trade had been declining permanently since the split-up of the Soviet Union. Even in Russia, the locomotive of the Eurasian Union, the share of CIS in total trade fell from 18.6% in 2000 to 12.2% in 2016. The customs union targeted very humble reductions and even those were implemented rather selectively. The Ukrainian conflict shook even these vulnerable fulcrums of the integration irreversibly. Kiev, as a potential candidate for reintegration, has been lost, ripping the Eurasian Union from much of its potential synergies. Simultaneously, Moscow has sacrificed a good deal of trust in the partner capitals. Instead of reintegrating the post-Soviet space, it opted for “gathering the Russian lands”. This cannot be disregarded in neighbouring capitals, in Minsk or Astana. The former pragmatic economic logic has been overshadowed by security and existential concerns. Furthermore, the economic recession provoked, among others by Russia’s actions waved through the region. Given the post-Soviet region’s strong pro-cyclical up-and-downs with Russia in its centre, these turns constitute major factors of unreliability. The results are very well demonstrated in Lukasenko’s cautious drift away from its Eastern neighbour and major economic patron. The potential demand on EU relations in these capitals have reached their historical peaks.

At last, Europeans are also open for some sort of reengagement with Russia. Less than 35% of French, Germans, Italians and English consider Russia as a major issue. Between 50% and 90% of Italians, Germans, Hungarians and Greeks said that good economic relations with Russia are more important than foreign policy challenges. Poland, Sweden and the Baltic states understandably think the opposite. Finding a common denominator in Russia policy is more difficult than ever. Nonetheless, European people and their leaders seem to be preoccupied by other major challenges, like the refugee crisis, Brexit and domestic problems. Russia is more often mentioned because of its election manipulation and shadow party financing efforts, than in relation to the Ukraine conflict.

Nonetheless, the great era of EU-Russian economic cooperation seems to be over. Two entities with stagnating economic performance, slowly diverging energy patterns and a decreased level of mutual trust, will not be able to reanimate the past tendencies. There is no return to the pre-2014 period. None of the sides really want to reengage the other again. On the contrary, the very fundamental questions have to be reconsidered. To what extent Russia shall be treated as a member of the European family, with higher moral and value-based expectations? Whether the economic relations shall be securitized or politicized? Shall the EU make strategic compromises, affecting its integration plans in certain areas? None of these answers will come easy. Likely we will remain in the era of “non-strategy” in the EU-Russian relations for the foreseeable future.