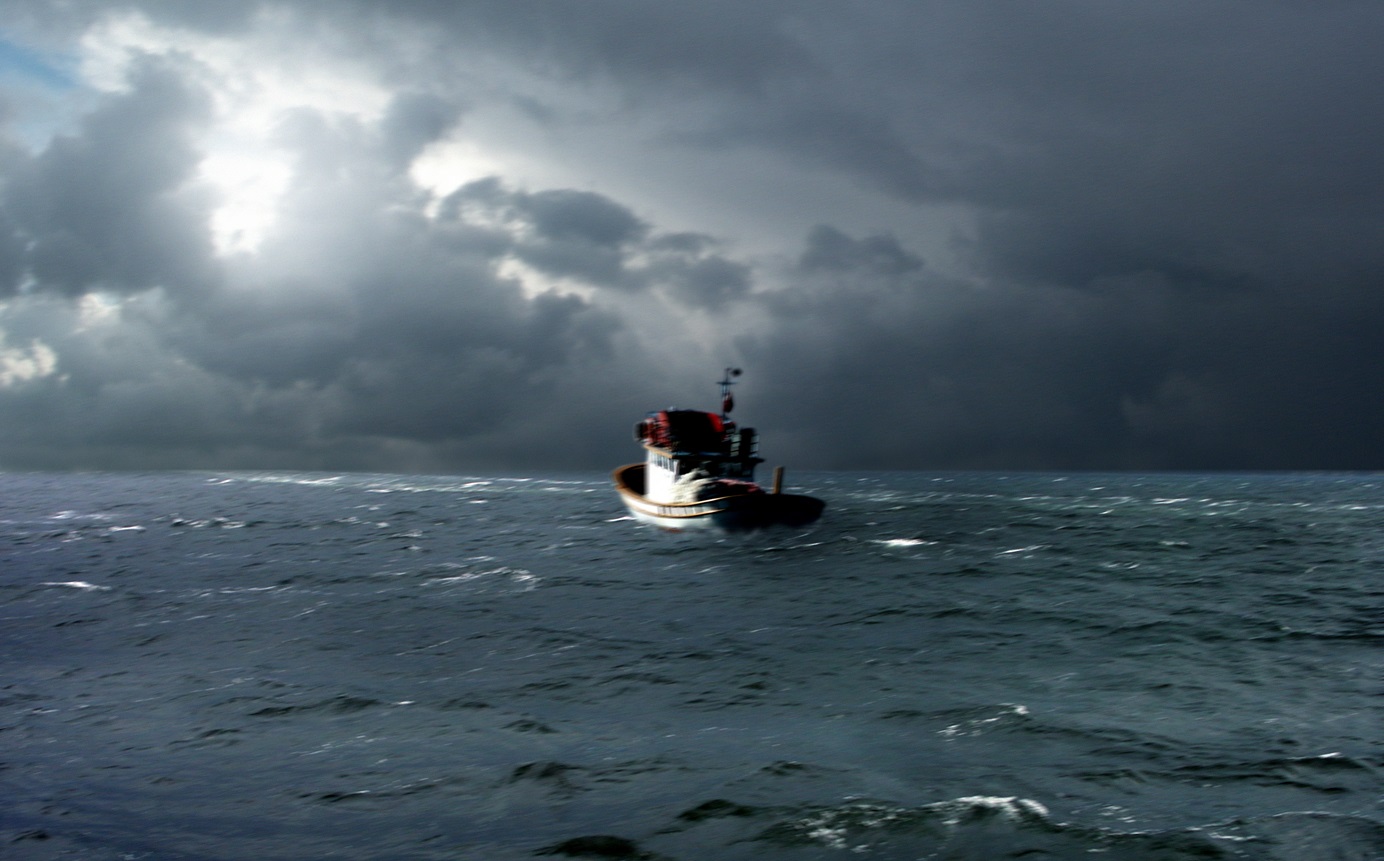 03 máj European Café: Storms Past and Storms to Come (Pre-study)

Posted at 11:24h in NEWS by Nestler Stefanie
Share

From human rights issue, migration gradually became a security headache for most EU countries in the last two years. Approaches to refugees and migrants have changed, and the emphasis was shifted more towards border controls, surveillance, intelligence sharing and the filtering of the incoming asylum seekers and less on humanitarian help, international law and integration of foreigners. Due to the policy changes and stricter border controls in the Balkan countries and especially to the EU-Turkey deal in March 2016, considerably fewer people entered Europe in 2016 than in 2015 (according to Frontex data, 382 thousand new arrivals as compared to the over one million in 2015). The routes have changed: the Central Mediterranean (via Southern Italy) regained its importance, with more than 180 thousand entries, while the number of migrants using the Eastern Mediterra-nean and the Balkan route dropped by 80% (from nearly 900 thousand to 182 thousand and from 760 thousand to 130 thousand, respectively).

The Calm before the Storm?

The 2016 trends prevail – so far – in 2017, but it is early to predict whether the summer brings another major wave of immigration. Although the tremendous pressure of 2015 has eased, the situation at Europe’s external borders remains challenging: the number of detections in 2016 was still much higher than at any time since 2010, within the exception of 2015. Instability in Macedonia may undermine effective border controls in the Balkan route. However, even more importantly: overall reasons for migration – war, humanitarian catastrophe, political turmoil or just pure economic disparities -, have not ceased to exist. Europe is still the closest most attractive destination for most people fleeing the Middle East or Africa, but we – Europeans – are almost exclusively debating about closing the doors and securing the internal life of our citizens. Perhaps understandable from a political point of view, but an unsatisfactory answer from a strategic perspective.

European approach to migration had been diverse in the past three years. The European Council ignored the problem for a long time and failed to give a coordinated answer. Member countries took unilateral steps instead, and then blamed each other for doing so. In 2015, the handling of the refugee crisis had been seen as a matter of moral obligation for many in Western Europe. The “willkommenskultur” went hand in hand with the notion that an aging Europe needs more immi-grants and the booming economy of some countries (especially Germany) would clearly benefit from the newcomers. The unequal burden sharing of EU-countries in a crisis situation undermined the solidarity principle of the community. Sadly, it was a not a new phenomenon: Spain and Italy (and Greece) had been complaining for years for being left alone, struggling with illegal migration. Now the problem struck the core of Europe: Germany, Austria and the Scandinavian countries. Here, long-time deficiencies in integration policies were also made visible – and sometimes overexaggerated – due to the crisis, and extremist or anti-system parties capitalized on questioning or dismissing the viability of multicultural societies. They usually blamed the EU for their own government’s mistakes. Human rights protection and realpolitik clashed soon, and even mainstream politi-cians started to wonder: how many immigrants can a state successfully integrate, especially when some homework of the past decades is long overdue? Controversy of Western policies became more visible, when Germany declared Afghanistan a safe country based on a bilateral agreement with the Afghan government.
Terror attacks in Europe, carried out by mostly long time (second generation) immigrants, but also some newcomers, also played a role in changing the mood. From persons having their individual and often tragic stories, asylum seekers have become a potentially dangerous mass. Consequently, policies have gradually shifted: the stronger protection of the borders, the more accurate control of the migrants and the enforcing of expulsion of those not qualifying for asylum came into the lime-light. The shortcomings of the Dublin Agreement – transferring all the responsibility to the countries on the external borders of the EU – became visible. Italy and Greece are the countries viewed as the “refugee camps of Europe”, while the policies of relocation and resettlement failed miserably due to non-compliance: some countries showed at least some gestures – Slovakia relocated 16, the Czech Republic relocated 12 and resettled 52, – Hungary did not even bother. Gestures would clearly not solve the crisis alone, however, the complete lack of solidarity could at a certain point politically backfire. Sadly, it was also Hungary which launched a public consultation, a despicable cam-paign and then held a referendum on refugee quotas. Other governments refrained from such clear signs of collecting votes at the expense of personal tragedies and undermining European poli-cies. Although the Hungarian government often claims that the EU is basically following our line in border protection and keeping migrants out, internationally it does not yield much benefit.

One-way road or chances for everyone? – Approaches to solve the crisis.

The Visegrád countries formed a group of naysayers in the refugee crisis. The different approaches to migration in Central and Western Europe could be explained partly by historical reasons: the complete lack of colonial history, and no experience with guest workers either. An especially strong resistance was shown towards migrants and asylum seekers from non-European, mainly Islamic cultures. However, it must be emphasized that the demographic challenge (aging societies) and the problems regarding the shortage of workforce are already detectable in most Central Eu-ropean countries, yet governments usually fail to address this issue. According to forecasts, all V4 countries will lose population in the next 50 years. Population in Hungary will decrease from the current 9,7 million to 7,8 million by 2060, with 30 percent of the people over 65. Slovakia will lose one million out of its 5,5 million and the number of those above 65 will double. Social systems will be put under severe pressure by a society getting older and things will be further complicated by the large outflow of the young and the skilled to the West. Inviting and integrating foreigners could be one solution to the problem, but apparently Central European societies opt for the so-called family support programs, and hope for a natural reproduction of families. Evidence however, does not prove the success of these programs yet and most experts would advocate a combination of family programs and a sustainable migration policy. It sounds somewhat controversial that while denying asylum to refugees, V4 countries desperately tried to attract Ukrainian workforce to main-tain their industrial production level.

In the European level, it seems that migration and refugee policies in Central and Western Europe contributed to deep cleavages and a loss of trust between member states, which would be difficult to overcome in the future. The situation is complicated by the fact the neither the member states, nor the EU as such have managed to come up with a solution to the migration challenge, which will stay with us for the time being.

There are several schools of thoughts trying to offer solutions: there is the benevolent view arguing that Europe should do its best fighting the root causes of the conflicts which drive people away from their homeland. Unfortunately, a strong foreign and security policy agenda would be neces-sary for this approach, but the EU is still prisoner of policies planned and implemented on the na-tion-state level. Due to state-of-the-art communication technology, the world has shrunk: it is not unimaginable, say, for a Nigerian farmer to decide to move to Europe where – as TV spots, commercial, films, internet footage, or even relatives living here describe it – life is so much easier. What is Europe’s answer to the continent where population reached 1 billion in 2007 and is expected to double by 2050? By the end of the 21st century, 4,4 billion people will live in Africa, almost half of the entire global population. Shall we build more fences and higher walls? Or is there another solution?

Some would say more development aid should be spent in poor African countries to improve living conditions and create opportunities at home for those who dream about a future in Europe. Yet calculations show that with the increase of development aid – at least until a certain level – the push effect even grows while a somewhat higher living standard just enables more people to make concrete steps towards immigration. On the other hand, development aid often becomes a source of corruption, benefiting the rich and the powerful.

Obviously, a different approach would be necessary towards people whose countries have been destroyed by war or military conflicts and whose life is in danger, than those who look for better economic possibilities in Europe. However, there is a thin line between those who almost die of hunger and those who have 1 dollar a day to survive.

There is also a possibility to set up a common migration policy, attracting skilled and young people from abroad and then investing into their integration. For that, however, there should be a mini-mum understanding among the EU-member states to consider immigration an indispensable and unavoidable phenomenon which needs to be channelled appropriately. In parallel, a smart and effective communication campaign in the countries of origin could show that life is not necessarily paradise for everyone in Europe either, false expectations need to be addressed.

And finally, there needs to be an answer for those who are fleeing war, terrorism and military con-flicts and a humane treatment for all those who sit in transit zones and refugee camps. This is the very minimum Europe should be able to offer.
Some questions we are planning to discuss:
1. What is the prediction for 2017? Will we face another exodus this summer?
2. Is there a chance to have a common European approach to migration and refugees or are we destined to disagree?
3. Do Central European /V4 countries have a migration strategy? Or we do not need immigrants at all?
4. Do we have a strategy or it is just about “putting out” the fire for now and then wait and see? How would you respond to the Syrian crisis and to the North-African one?
5. How can we relieve the pressure on Europe? More fences or walls? Would bilateral agree-ments with certain African countries help? Or setting up huge refugee camps in North Africa?
6. Can V4 /Hungary and Slovakia offer some gestures? Why aren’t we more skilful here and why do we refrain from any sign of solidarity?
7. How far are governments responsible for the growing anti-migrant feelings? In Hungary over 70 percent of the people are afraid of immigrants although they have never met any. In coun-tries with higher ratio of foreigners, the concern is much lower. How would you explain it?
8. Is the cohesion of the EU at stake?

The pre-study was prepared in the framework of the European Café series.
© CEID 2017