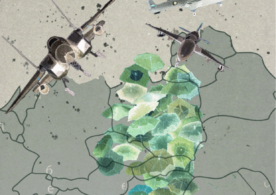 26 máj Finding their Way out of the Woods

Although the NATO Summit in Warsaw, was nothing similar to the previous one in Newport, it was not a failure at all. On the contrary, the alliance is at its peak (thanks to Vladimir Putin), and the potential existential crisis following our withdrawal from Afghanistan is not even yet on the horizon. In the past two years, political leaders have proven that the solidarity of which NATO is based on still exists, no matter if the public opinion in the same member states is not yet mirroring this fact.

In Warsaw, we didn’t have to send a strong political statement, member states rather had to calmly suggest that the work NATO has promised is in progress, that the commitment is strong and it won’t be changed overnight. The implementation of the programs agreed in Wales indeed have been carried out fully and consistently, although it can be disputed whether these security guarantees are sufficient. The Warsaw Summit proved that the alliance is capable of detecting its own weaknesses and is ready to further develop a credible deterrence.

NATO has managed to set up its response force (NRF) and also announced the setup of the Very High Readiness Joint Task Force (VJTF). After a few bumps, the full network of regional integration units (NATO Force Integration Units – NFIU) was created to provide regional command structures on the eastern flank. Member states have pledged forces to the VJTF until 2022.

While the level of growth is still insufficient, we must note that, after almost two decades, this was the first time in NATO’s history when the GDP level of defence spending rose in most of the member states and increased overall by 3%.

When we note the results, we also have to mention what was missing during the NATO Summit. It seems not only in the EU, but also in NATO we can’t give a credible response to threats coming from the south. Although member states noted these problems, the recipe for how to respond to the threats on the southern flank is still missing.

Further, we have also missed the opportunity to send a strong message to our allies in Georgia and Macedonia. Despite efforts coming mainly from the civil society, the Summit’s message was weak and almost indiscernible. The Montenegrin accession is good news, but it doesn’t counterbalance this mistake.

THE VISEGRAD IN WARSAW

Visegrad member states are participating in NATO missions and development processes well over their weight. Beyond the case of Poland, this fact is often overseen due to the loud disputes on insufficient defence spending. These voices remained loud, due to the minimal increase of the budgets, although all the “V3” (Czechia, Hungary and Slovakia) created meaningful and long-term programs, with legal guarantees to change this situation, and both Slovakia and Czechia have been capable to launch development projects.

Although the “V3” was criticized for reluctantly supporting the response to Russian aggression in Ukraine, this criticism seems to be unjustified on the field of defence.

Hungary, Slovakia and Poland have decided to setup an NFIU, while the V4 countries are probably among the few nations that have sent personnel to most of the NFIUs around the eastern frontier.

NATO declared in Warsaw the establishment of the Enhanced Forward Presence (EFP), which means the deployment of four battalions totalling about 4,000 troops rotating through the Baltic countries and Poland. Although this force is not sufficient to balance the gap between the old and new member states, or even stop a possible Russian aggression, it does, firstly, serve as the most important tool of reassurance by the United States (and other contributing Western countries, such as the United Kingdom and Germany), and secondly, it is sufficient for the main objective: deterrence.

Visegrad will also contributing to this format with each country sending a contingency of soldiers (150-200 soldiers) on a rotational basis to the Baltics in three-month shifts beginning in 2017.

The V4 countries are among the most active countries participating in military exercises, and all of them have offered support for Ukraine to help transform their defensive sector although, in this regard, there is definitely room for development. Visegrad countries already financially support cyber defence development in Ukraine; however, it is possible they need as much support to adapt to cyber threats.

THE WAY FORWARD AND THE UNCERTAINTIES

Although at the summit NATO recognized the importance of cyber defence, the developments of the recent US presidential campaign and earlier examples suggest we might be behind our potential enemies. Strengthening the level of our capability for both NATO and the V4 might be a crucial way to develop our defence in this area.

During the summit, a special emphasis was put on improving the cooperation with the EU. A joint declaration was signed to enhance the ability of both organizations to counter hybrid threats, cooperate on issues such as migration and cyber defence as well as the sharing of intelligence. A few recent statements by European leaders about the creation of a European army might be able to highlight the real importance of this agreement.

ON THE WAY TO BRUSSELS

Still the stakes, from a Visegrad perspective, will be much higher in the upcoming summit in Brussels. By then, a proper balance between the eastern and southern flanks has to be struck, including the necessary internal agreement of both NATO and the V4. If we fail to find this proper balance, it could do seriously harm to the solidarity of both groups.

In this field, probably Polish defence planners have to do more to convince political decision-makers on the importance of a Polish presence on the southern flank, but we can only except such as step if the V3 are finally ready to do their homework.

For that, Hungary, Czechia and the Slovak Republic have to increase rapidly their defence spending. There are a number of positives signs, and, as a response to the warnings of the new US President, there is a strong willingness in the three capitals to meet the 2% goal earlier than it was originally planned. In and before the meeting in Brussels, the V3 are likely to announce new target dates and possibly plans for procurements.

The V4 has to launch defence modernisation programs and agree on common goals and projects as well. At a minimum, they have to finally show solidarity towards Ukraine and continue to support efforts to create deterrence on the East. As the US-Russian rapprochement seems to be over the importance of a strategy on Ukraine should be even more among the top priorities.

Dániel Bartha is Director for Centre for Euro-Atlantic Integration and Democracy.