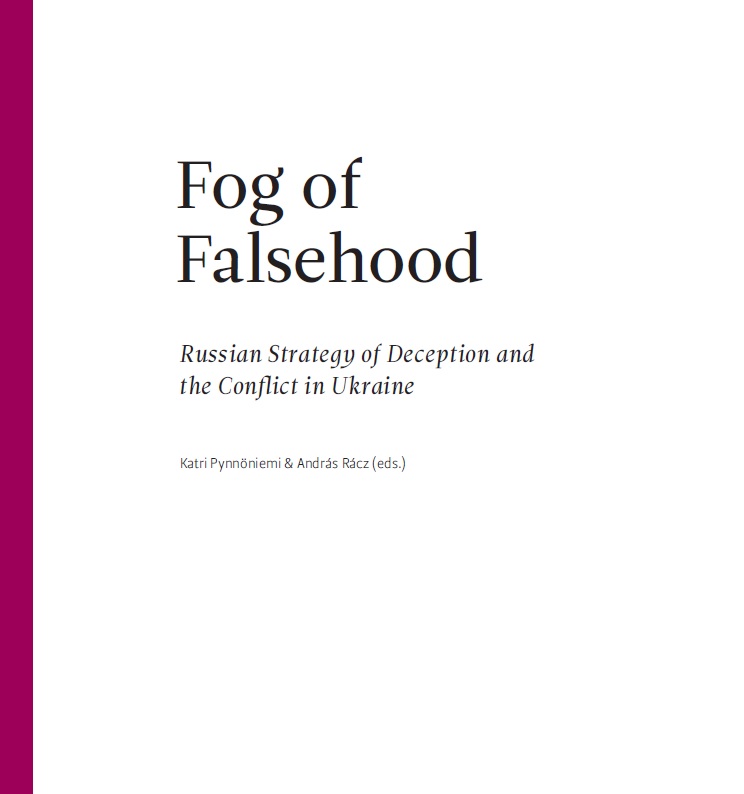 This report analyses Russian propaganda and disinformation concerning the conflict in Ukraine. CEID contributed with the conduction of case studies in Central Europe.
In the early summer of 2014 the research process  started in the form of an informal discussion on how to better understand Russia’s strategic communication concerning the conﬂict in Ukraine. Case studies were conducted in Estonia, Sweden, Germany, Poland, as well as in the V4 countries.
The project was support by the Finnish Ministry of Defence and the International Visegrad Fund. Whereas the research in Estonia, Sweden, GErmany and Poland was conducted with the support of the Finnish Minsitry, the project part in the V4 was financed by the IVF. CEID, the Slovak Foreign Policy Association and EUROPEUM conducted the project part ‘Russian Information Warfare on the Crisis in Ukraine and its Visegrad Implications’.
The methods which are used in contemporary Russian strategic deception are partly the same that were already used in Soviet propaganda. But while Soviet propaganda found its claims in the ideology, the contemporary Russian variant can be compared to a kaleidoscope – creating multiple versions of the reality. The main purpose was to examine the emergence and evolution of Russian metanarratives and the distraction about the conflict in Ukraine, and on the basis of this analysis to ascertain the main policy objectives of Russian strategic deception.
However, the best defence against strategic deception is well-grounded, fact-based knowledge and the willingness to invest into gathering it, because no fog of falsehood is able to penetrate the solid walls of well-grounded knowledge and firm commitment to one’s values.
You can download the final report here.