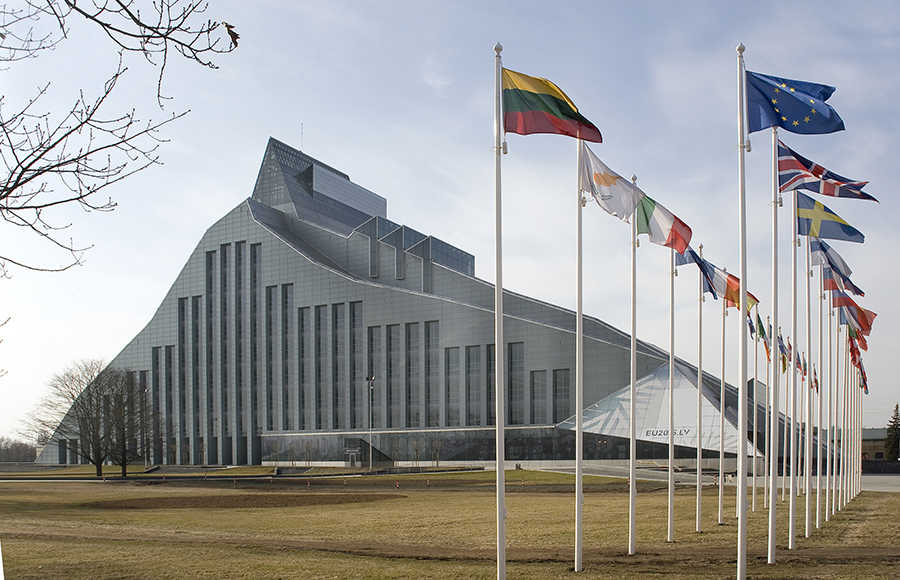 18 jún Ukraine and the Eastern Partnership Summit in Riga: the Picture is Not That Dark

Posted at 07:50h in NEWS, NEWS LEFT by admin
Share

by Edit Inotai and András Rácz

Many argue that selling the Riga Summit as a success story is not an easy task. In the middle of the Ukrainian crisis the summit had provided an opportunity to Europe to offer membership perspective to the countries belonging to the Eastern Partnership, especially to Ukraine. Many European leaders urged the EU to take this decisive step to help strengthen Kyiv´s commitment to the modernization of the country. However, membership perspective was given neither to Ukraine nor to any other Eastern Partnership countries

Membership Perspective Was Not Given, Not Surprisingly Though

The Ukrainian foreign minister tried and failed to convince the EU leaders to move one step forward. “We want to have precise assurance in Riga that Ukraine is suitable for the future membership in the European Union and has a real chance to be a candidate country, “said Pavlo Klimkin to German daily Die Welt before the summit, arguing that his country urgently needed a European perspective. “That would give the overall mood and the reform process an incredible boost.” Georgian Foreign Minister Tamar Beruchashvili added: “We would like to hear at least that the association agreement is not the final goal of our relationship”.

The disappointment was clear when German Chancellor Angela Merkel stated in the Bundestag on May 21st that there was no openness for Ukraine in the EU at the moment. The Chancellor abruptly said: “The Eastern partnership is not an instrument of EU expansion. We must not therefore arouse false expectations which we cannot later fulfill.” This was to be expected though: a country of 44 million, on the brink of the economic collapse, facing both a territorial conflict and an on-going war is not welcome to the club of the rich, itself facing a number of challenges, from migration to Grexit and Brexit.

The German reservations regarding a membership perspective to Ukraine is neither new, nor is without supporters in the EU. Many member states share the concerns of Berlin. German foreign policy has become highly pragmatic lately. The relationship to Russia is politically and economically much more important than to Ukraine. Russia is the 13th export and the 10th import partner of Germany. The two are trading in massive volumes: German exports to Russia amount to 29 billion euros, while imports reached 38 billion euros in 2014, the trade volume is more than 14 times  of the overall trade with the Ukraine. Germany invested 16 billion euros to Russia. Berlin strongly believes that Moscow’s cooperation is badly needed in many global conflicts, from the Iranian nuclear program to the possible solution to the Syrian and Iraqi crises. Besides, there has been a underlining criticism in German official (and sometime unofficial) remarks about Ukraine, claiming that Kyiv had had 25 years to build a working economy and a reliable legal system, a transparent democracy: if they failed, it is their own fault.

This line resonated in the arguments of Chancellor Merkel. The Chancellor urged that much more has to be done to strengthen democracy, and to build a state that respects human rights and the rule of law. One may ask however, that if the country had been unable to reach these standards as an independent state in the last 20 years, what could be the prospects of success, when its territorial integrity is questioned, part of the country is not governed from the capital and it has no control over some Eastern regions? Anyways, well-known facts did not help much against the disappointment following the summit.

None of these objections should have come as a surprise to the Kyiv leadership. We should not forget that Ukraine has a well-trained, experienced diplomatic service that is capable of understanding how the EU function in depths. For several years there was a separate Ministry for European Integration in Kyiv, where considerable experience has been accumulated. The Minister of Foreign Affairs, Klimkin actually served in Berlin as an ambassador before he took up his present position. Hence, they were well aware that the EU was not going to guarantee membership perspective, neither to Ukraine, nor to any other Eastern Partnership countries in Riga

At this point it is safe to assume that Prime Minister Arseniy Yatseniuk, Minister of Foreign Affairs Pavlo Klimkin as well as other members of the Ukrainian administration kept voicing their hopes for membership mostly in order to demonstrate– both to the domestic audience and abroad – their commitment to the Europeanization of the country, but not in order to really get the promise. However, of course, not getting membership perspective in Riga was still a disappointment to many enthusiastic and committed non-governmental organizations, activists, and also to the pro-European layer of the society.

EU Commissioner for Enlargement Johannes Hahn (practically a non-existent portfolio since Jean-Claude Juncker announced that there would be no enlargement during his tenure) tried to save the Riga story in his blog by stating that “ the Riga summit has to be seen not as an end in itself (…) It is rather one of several top-level milestones within a much longer, gradual strategy of assisting our partners in their transformation process, while recognizing their diverging aspirations and capacities.” Commissioner Hahn even went on explaining that the EU is not trying to “impose” its policy on countries or enlarge its “sphere of influence”. “On the contrary, the Riga summit was a renewed confirmation of the European Union’s deep respect of our partners’ independence, sovereignty and free choice.” As an important and helpful gesture, he pointed out the 1,8 billion euro financial assistance to Ukraine, but acknowledged that the Riga Summit fell short of another important expectation of the Eastern countries: the visa-freedom to Georgia and Ukraine.

What Did Ukraine Gain?

Many hoped before the summit that if not a membership perspective, but at least visa free travel opportunity might be given to Ukraine. Though this did not take place, it was still declared that if Ukraine fulfills the necessary criteria, visa-free travel might be granted already in 2016. In other words, it was openly announced that there is indeed both political will and readiness in the EU to give the visa-free status to Ukraine. According to the statement of the Summit: “Fulfillment of all benchmarks would allow to conclude VLAP [Visa Liberalisation Action Plan] process and the Commission to propose to the European Parliament and to the Council to exempt Ukrainian and Georgian citizens respectively from the visa requirements…” Of course, fulfilling the benchmarks, i.e. the technical and other criteria is not something that can be spared. For example, similarly to Moldova, visa-free travelling will apply only to holders of biometric passports.

A particularly important aspect of this story – and a spectacular success for Kyiv – is that ever since the launch of the European Nieghbourhood Policy in 2004 there was a tacit consensus in the EU that Ukraine was not going to get visa free travel earlier than Russia. This was further strengthened during the years of the “reset”, when Russia also pursued a much more open and cooperative foreign policy vis-à-vis the EU in line with the modernization agenda of then-President Dmitry Medvedev. However, with this Riga promise the visa-free perspective of Ukraine got decoupled from the EU-Russia visa-liberalization negotiations. In practice this means that Ukrainians will become eligible for visa-free entry into the European Union much earlier than the citizens of Russia.

It was also declared in Riga that the Deep and Comprehensive Free Trade area will come into force with Ukraine on 1st January 2016: “Summit participants look forward to the provisional application of the Deep and Comprehensive Free Trade Area (DCFTA) with Ukraine starting on 1 January 2016”. One needs to remember that in 2014, when Russia was able to get the DCFTA implementation delayed by one year by extremely intensive lobbying. The declaration adopted in the Riga Summit means that there will be no further delay in its implementation, regardless of how hard Russia may try to hamper or slow down the project.

The fact that the Riga declaration reaffirms the EU recognition of the territorial integrity of Ukraine is also of high importance. It gives a clear message to Russia that the annexation of the Crimea will not going to be accepted by the EU, regardless of how hard Moscow tries to convince that world that the Russian troops occupying the peninsula did nothing else than only ‘corrected historical injustice.’ In practice this also means that the sanctions adopted in connection with the annexation of the Crimea will remain in place. This is an important difference and indeed an improvement compared to the EU’s reaction to the August 2008 war in Georgia, when Russia could basically get away unpunished with the occupation of Abkhazia and South Ossetia. In Riga, Ukraine received a much stronger support than Tbilisi got in 2008.

Finally, the 1,8 billion euro loan is an additional important achievement for Kyiv, particularly if one takes into account the grave economic situation of the country. Of course, this sum alone would not be enough for keeping Ukraine financially afloat, but it is still a substantial contribution.

All in all, one may conclude that the Riga Eastern Partnership summit was far for being a failure for Kyiv. Receiving membership perspective was not a serious option, thus related hopes were not serious either. However, by judging rationally, Ukraine got not only strong political signals of support, but also significant and specific benefits, most importantly the DCFTA and the possibility of visa-free travel starting from next year.

The study can be downloaded here:Ukraine and the EA Summit in Riga

Ms.Edit Inotai is a journalist and a Senior Fellow at Centre for Euro-Atlantic Integration and Democracy (CEID)

Mr.András Rácz is a Senior Fellow of the Finnish Institute of International Affairs and Board-Member of the Centre for Euro-Atlantic Integration and Democracy (CEID).