11may19:09- 19:09Euro-Atlantic Café: Geopolitical priorities of the Biden administration in Central Europe 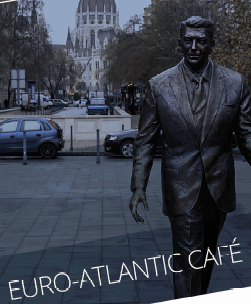 We are pleased to invite you to the next event of our Euro-Atlantic Café series which will be an exclusive discussion with US experts from Washington D.C. As many

We are pleased to invite you to the next event of our Euro-Atlantic Café series which will be an exclusive discussion with US experts from Washington D.C.

As many European nations celebrated the election of the incoming US President Joe Biden, some Central European governments were skeptical of how the United States would engage with Central Europe. While former US President Donald Trump intensified American presence in the region, there is a growing fear that the new administration will now abandon Central Europe or focus exclusively on criticisms related to rule of law and democracy. The Equilibrium Institute, Centre for Euro-Atlantic Integration and Democracy, and the Atlantic Council will gather a group of experts to unpack these issues and discuss the Biden administration’s geopolitical priorities. This event will cover questions including whether Washington will push the reset button with Moscow, support NATO’s enhanced presence in the region, or demand a looser relationship with Beijing.

Our speakers will be:

Opening speech by: Ambassador Colleen Bell, Member of the Board, Atlantic Council of the United States and former Ambassador to Hungary

The event is in English.

The discussion will be held via a Zoom Webinar and broadcast on CEID’s Facebook page.

The event is organized by:

The event is supported by: