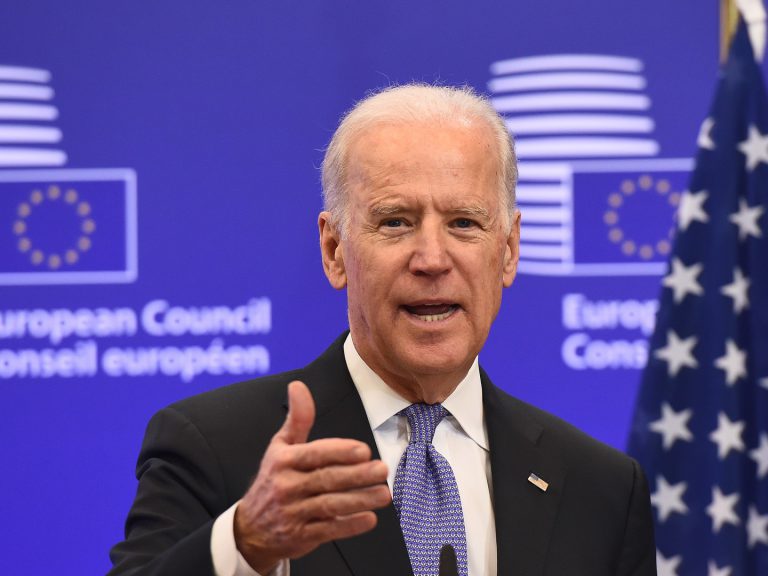 On the 24th of March, the Equilibrium Institute, the Centre for Euro-Atlantic Integration and Democracy (CEID) and the Atlantic Council of the United States organised this year’s second episode of the European Cafe series, which focused on the geopolitical priorities of the Biden Administration in Central Europe.

Ambassador Colleen Bell, Member of the Board at Atlantic Council of the United States and former Ambassador to Hungary greeted the guests and panellists and invited them to discuss President Biden’s priorities and vision for the transatlantic relationship, specifically for Central Europe. She reaffirmed the importance of transatlantic cooperation, as states face an unprecedented health crisis, intensifying geopolitical challenges and economic recession.

By introducing the topic Tamás Boros (Director of the Equilibrium Institute) explained the importance of the Central-Eastern region in US politics emphasizing the extreme exposure of the region to any changes in US foreign policy. In recent years, the CEE region got extremely influenced by China and Russia, indicating for example Hungary’s dependence on Russian energy supplies, the Russian nuclear power station Paks and Paks 2, and Orbán’s approval of Huawei in Hungary and his commitment and support for the Belt and Road Initiative. It is a fact that the Central-Eastern region is where great power interests clash and the regions geopolitical importance is not neglectable. In the upcoming years the Biden administration will bring enormous changes from a foreign and security policy perspective to the region and the key question remains – what will be the future of this complicated relationship between the US and the CEE under the Biden administration?

“America is back. The transatlantic alliance is back. And we are not looking backwards: we are looking forwards together” – quoted Dániel Bartha the discussion’s moderator Biden’s speech at the virtual Munich Security Conference. Mr Benjamin Haddad thinks that it is definitely a win for Europe to see an internationalist President in the US as the Biden administration and its policy opens an incredible window to reshape and restart transatlantic relations with a more responsible Europe at its core. President Biden comes with a lot of experience and knowledge of Central Europe and he has proven his suitability as president with very good decisions so far. As soon as inaugurated, Biden re-joined the Paris Agreement and the World Health Organization and strengthened US commitment to NATO. However – Mr Haddad said – there are definitely going to be clear expectations from the United States towards the European Union.  President Trump put a strong emphasis on defence spending and burden-sharing during his presidency which he did in a very confrontational and hostile way, that was counterproductive. However, initiating Europe to ensure its own security and invest more in the military will continuously play a significant part in US foreign policy under President Biden. There will be a conversation about the question of strategic autonomy and European sovereignty and Central European states will play a key role in this discussion of stability and security as the region has key military actors and a lot of hard power. This question is especially important keeping in mind a hostile Russia that still poses a threat to European sovereignty. Thinking about the Crimean Invasion in 2014 the Central European countries will play a key role in shaping Brussel’s vision about Russia.

About US foreign policy on Russia and China, Mr Bergmann emphasized that President Biden “pushed the reset button” with the EU – but not with China or Russia.  Biden has come out very strong in China and the intensifying competition is likely to persist. President Biden sees competition with China as a defining principle, meaning that it will remain a priority on the US foreign policy agenda. The transatlantic relations will be revitalized, however, as the EU is not only a partner and ally of the US but also a key geopolitical battleground.  The tactics on behalf of China and Russia are clear – Mr Bergmann explained – they are nervous about a united European Union effectively wielding its power.  The EU is a very powerful geopolitical player in international politics and China is anxious that good transatlantic relations could downgrade their own power in the region so there is a clear intention on behalf of China to divide Europe. For the US it is evident that Hungary and other states in the Central-Eastern region are potential allies and assets to China and currently, they are being used as a blocking mechanism to China.  President Biden is very likely to want to change this in the upcoming years.  China will be the main foreign policy priority on the US agenda, but Russia will be addressed as well, by putting pressure on Central Eastern countries, especially on Poland.

About the Biden administration`s most important policy agenda in the Central Eastern region besides the geopolitical competition Ms Denise Forsthuber emphasised the importance of the Covid crisis management which is an issue that definitely needs close cooperation between the allies. Besides the recovery from the pandemic, Ms Forsthuber reaffirmed the significance of the challenge posed by the US-China competition. She outlined that democracy and the rule of law will be also a very important issue, as President Biden is very committed to spreading and strengthening democratic values worldwide, revitalising alliances, tackling corruption and fighting climate change. President Biden is committed to “lead by example” in the upcoming years.

About US military presence in Europe during Biden’s presidency, Mr Haddad definitely sees a trend of military disengagement since the 1990s, the end of the Cold War. Last year Trump announced a unilateral withdrawal of 10000 troops from Germany, which was a move heavily criticised by the European allies. He thinks the US will continue to decrease its military presence on the European continent. In the future, from a US perspective, Europe will have to become more independent militarily in the upcoming years, but it is without question that the US remains a close ally of the European Union.

Biden has a very strong position on the issue of energy, and Russian expansion in the Western regions of Europe – Mr Bergmann said – as the US President was calling for sanctions against companies participating in Nordstream 2 developments in Germany. The US is in favour of trying to diversify Europe’s energy needs away from Russia. Mr Bergmann sees that Biden will address this question from a climate perspective while using its diplomatic leverage on countries like Poland to push them away from Russian energy. As Biden is overly committed to the fight against climate change, he will be most likely to use the issue of climate as a reason for Germany to not go through with Nordstream 2.

The upcoming 4 years are about to bring serious changes in international politics. President Biden is committed and enthusiastic to resetting transatlantic relations. During his first years of presidency, the main focus will be on post-pandemic recovery, Chinese competition, Russian influence in the region, the climate emergency and obviously on the strengthening of liberal, democratic values.